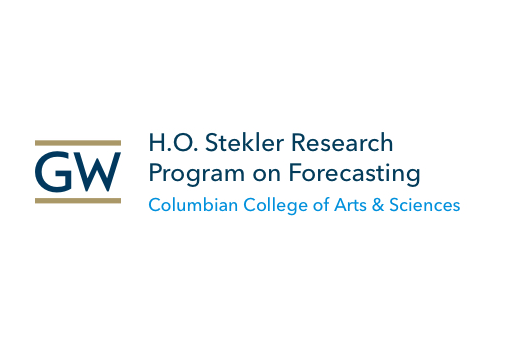 Does a wider distribution of forecasts predict negative GDP growth?

Macroeconomic forecasts have been long used by governments to make fiscal and monetary policy decisions, and by businesses to determine the future operations of a firm. Forecasters observe and analyze a wide range of indicators to predict economic variables, such as Real GDP growth, every quarter. Negative growth is a particular concern for decision-makers, but unfortunately, the record of accurately forecasting downturns in the economy has not been good. According to research by An, Jalles, and Loungani of the International Monetary Fund, economists failed to predict 148 of 153 recessions in a study of 63 countries between 1992 and 2014. This post shows that the distribution of forecasts may be useful to predict periods of negative real GDP growth.

Past literature suggests varying explanations for forecasters’ inaccuracies in predicting downturns in the economy. One perspective attributes it to the lack of better models and timely data while another suggests that falsely forecasting recessions is worse for the forecaster’s reputation than missing it entirely. In the case of long-run predictions, a multitude of variables are at play and forecasters are even more conservative in predicting negative GDP growth in long horizons. We do see forecasts of negative growth in the short run, but even those rarely capture the magnitude of the actual negative shock to the economy. Other literature further suggests that part of forecaster disagreement rises in advance of and during recessions, which suggests that the overall consensus may hide some inkling that a downturn may be on the way. This research analyzes the distribution of individual forecasts to better predict negative real GDP growth.

To better understand if forecasters are truly surprised by future quarters of negative GDP growth or if they have some information that might be hidden by looking at the consensus, this research analyzes quarterly US Real Gross Domestic Product growth forecasts by the Survey of Professional Forecasters in the short and long run from 1968 until 2019. The data shows that the mean of the forecasts did not once predict negative economic growth for one year ahead predictions, despite the presence of 7 quarters of negative GDP growth in the realized data. However, it may be that forecasters reveal some information about the potential for future negative GDP growth based on their distribution. The graphs below show a spike in standard deviation for three different forecast horizons when the realized real GDP was negative (indicator = 1), which further motivates this research.

To better fit a binary dependent variable, a Probit model was constructed using the same regressors, and it produced similar inferences. For the one-year-ahead predictions, a higher standard deviation is statistically significantly associated with higher probabilities of real RGP growth being negative. Since there are no negative forecasts one year ahead, an indicator for a negative forecast mean isn’t relevant for this horizon. Further analysis was conducted to see whether the skewness of the distribution explained the role of the standard deviation in predicting negative growth, but box-whisker plots for individual quarters showed almost no additional skewness of forecasts for quarters with negative GDP growth.

Our analysis leads us to infer that forecasters are aware of quarters with potentially negative GDP growth but are conservative in their predictions for the fear of jeopardizing their reputation if they are inaccurate, especially when making long-run predictions. As prior research suggests, predicting recessions so far ahead has always been difficult and inaccurate, but the size of the spread of individual forecasts does suggest that there is some information that realized real GDP growth may be negative one year ahead.

Constantin Bürgi & Tara M. Sinclair. (2021). What does forecaster disagreement tell us about the state of the economy?, Applied Economics Letters, 28:1, 49-53.